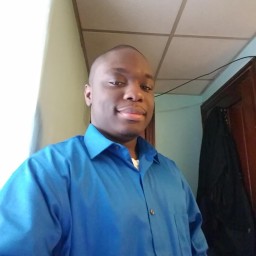 According to research conducted by child trends, childhood poverty dropped by half during the last quarter century. In 1993, when the first year of this decline began, more than one out of four kids lived in families whose economic resources—including household income and government assistance—were below the federal government’s Supplemental Poverty Measure (SPM) threshold. In contrast to the official count, the supplemental poverty measure (SPM) extends the federal government’s official income level by considering several welfare services offered by authorities that are not included in the standard calculation.

The percentage of childhood poverty dropped in every state and by about the same proportion among white, black, Hispanic, and Asian Indian kids who lived with only one parent or two parents. As a result, extreme hardship has decreased almost as much.

By 2020, before temporary pandemic aid drove it even lower, child poverty had plummeted to about 11 percent. In 1993, around 28% of children were poor, which meant their families fell short of the income required by government standards to meet basic needs. By 2019 before significant pandemic assistance drove it down further yet still significantly below historical levels.

Despite progress on child poverty, more than eight million children remain in poverty. Despite the shared success, black and Latino youngsters are about three times as likely to be poor as white kids. However, according to the statistical definition, many families who escape impoverishment still encounter difficulty due to the low (about $29,000 for a family of four in a place with typical living expenses) poverty threshold.

Why is it Important to Document Childhood Poverty?

Childhood poverty is a severe problem that can have long-lasting effects on a child’s physical, emotional, and cognitive development. Poor children are more likely to experience health problems, developmental delays, and academic difficulties. They are also at greater risk for behavioral issues and social and emotional challenges.

Childhood poverty can have a lasting impact on a person’s life, so it is essential to document and study this issue. By understanding the causes and effects of childhood poverty, we can develop effective interventions to improve the lives of poor children.

How policymakers select those who may benefit from and contribute to our economy—which is assisted in recessions and economic downturns—is critical. And by better comprehending what progress has been made and how they achieved it, policymakers will be able to sustain and enhance further progress.

Despite these efforts, more than 8 million children still live in families that don’t have the income to meet their basic needs. These children face serious challenges regarding their health, education, and prospects. Therefore, it is crucial to address this issue as soon as possible.

Unfortunately, childhood poverty is often entrenched and difficult to escape from; This is why it is so important for governments, businesses, and individuals to work together to find solutions. We want to make a dent in this severe problem by working together.

What Factors Contributed to the Decrease in Child Poverty Rates

Between 1993 and 2019, the research estimates that economic conditions accounted for around 33% of the reduction in child poverty. Unemployment rates, single mothers’ labor force participation, and state-level minimum wages were responsible for most of this period’s decrease in child poverty. Salaries and GDP per capita were not linked to reductions in childhood deprivation over this time frame, indicating that the benefits of economic expansion did not reach those at the bottom end of the earnings spectrum.

There are five economic factors:

According to their research, child and deep poverty were highly linked to joblessness. Unemployment decreased by around 3.3 percentage points during this period, following economic trends (1993-2019). This reduction in employment accounted for 18% of the decrease in kid malnourishment and 22 percent of the decline in extreme childhood deprivation

The number of single mothers who work outside the home increased in the 1990s; This played an important role in reducing child poverty:

The percentage of single mothers in the labor force increased from 67% to 79 percent during this period. According to our research, increases in single-mother participation rates were linked with decreases in child poverty and deep poverty. They may have explained 9% of the reduction in child poverty and 10% of the decline in profound disadvantage. In addition, a rise of 1 percentage point among single mother employment is linked with a 0.8 percent decrease in both child and actual deprivation rates.

When states raise the minimum wage, it also helps to reduce child poverty:

Increases in state-level real inflation-adjusted minimum wages were strongly linked to decreases in poverty and severe deprivation. State wage increases are one of the reasons why child poverty rates have decreased since 1993: state minimum salaries explain 7% of the reduction in poverty and 9% of the decrease in deep impoverishment.

The study showed that rising median wages were not connected with child poverty during the study period:

They discovered no relationship between median wages and changes in child poverty or deep poverty during the study period. This result is consistent with growing income inequality, where higher-income families benefit disproportionately from salary increases.

The study showed that when a country’s GDP increased, the number of children living in poverty did not decrease:

They discovered no relationship between real GDP per capita and changes in child poverty or kid-deep poverty from 1993 to 2019. This finding, like median salaries, demonstrates income disparities within an economy where families with lower incomes do not benefit financially from growth.

More work still needs to be done, but with this information, the nation is making strides to keep childhood poverty as low as possible.

Student Hires is committed to providing high-quality expanded learning programs that give disadvantaged youth the skills they need to succeed in their careers. Our programs are led by college students passionate about making a difference in their community. Through our programs, youth will gain valuable hands-on experience that will help them develop their skills and prepare them for success in the workforce.

In addition, our programs provide youth with the opportunity to network with professionals and learn about different career paths. We believe that all young people deserve the chance to reach their full potential, and we are dedicated to providing the resources and support they need to succeed.

Despite the impressive progress that has been made in reducing childhood poverty, there is still more work to be done. In particular, early childhood education and interventions targeted at families living in poverty can significantly mitigate childhood poverty rates. So what are your thoughts on this issue? Let us know in the comments below.

5 Unique College Courses You Might Not Have Heard of